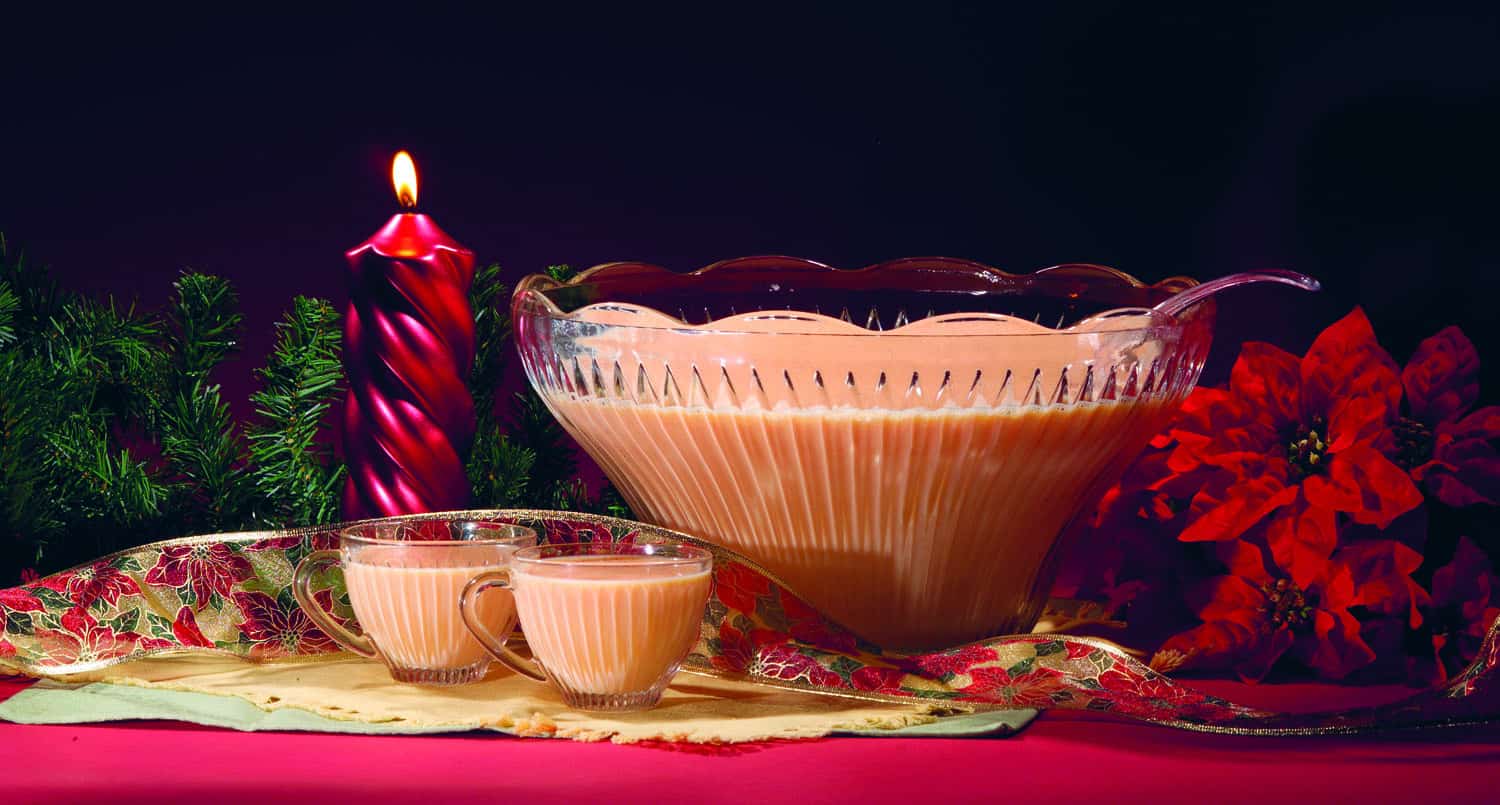 If pumpkin spice indicates the beginning of fall, eggnog ushers in the start of the Christmas season. Recipes for the eggy, custardy drink abound, and it can be found as a component of hundreds more. Eggnog waffles, eggnog lattes, eggnog ice cream – it’s almost impossible to celebrate the holidays without eggnog in some form.

Like so many long-standing favorites, it’s not clear where eggnog came from, why it’s called eggnog, or even what ingredients were in the first recipes. 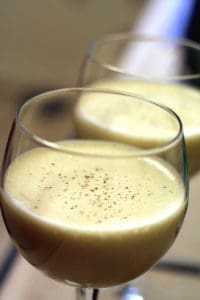 What culinary historians do know is that in medieval Europe, it was common to find drinks made of warm milk and alcohol, a mixture known as posset. It’s thought that eggnog is a descendent of this early beverage.

Early eggnog almost always included alcohol, and in the newly-formed American colonies, the drink grew to popularity as a heady mix of milk and/or cream, eggs, and rum. Often topped with cinnamon or nutmeg, the drink’s warm spices made it popular in the cold winter months. George Washington himself was known to have written a popular recipe for the beverage.

By the 1800s, eggnog could be found at nearly every holiday party, and regional varieties began to take shape – bourbon replaced rum in the South, for example.

Modern manufacturing relieved home cooks of the long period of beating and mixing required to make eggnog at home, and modern drinkers of the beverage  were able to take to their local store to grab a carton or bottle.

The basic recipe for eggnog has not changed in a century. Beat egg yolks and sugar together with nutmeg, and then slowly mix this mixture into a pitcher of milk and cream. Historical versions of the drink may well require alcohol, but many modern drinkers take the beverage without any booze at all.

Concerns about food safety led eggnog to fall out of favor somewhat. For home cooks, the easy solution is to make eggnog with pasteurized eggs. Commercial preparations, including our own genuine eggnog, are pasteurized for safety and can be consumed without worry.

Typically, eggnog is served cold, though it’s not uncommon in some areas to find the drink served warm (especially when fortified with rum or bourbon).

We recommend serving it in a chilled punch bowl, ladling up individual servings as necessary, and topping each with a generous grating of nutmeg. For a holiday dinner party, try serving it up in carafes down the center of a long table, or at individual tables.

Straight eggnog can be added to coffee and hot chocolate for a warm, spicy kick, but other recipes are also well suited to using the drink as an ingredient. Because eggnog is, in essence, a drinkable custard (a mix of dairy and egg), similarly based recipes can often incorporate eggnog’s signature flavor with ease.

Here are a few ways you can use any leftover ‘nog you might have.

Love it or hate – and there seems to be very little middle ground – eggnog is a signature of the holidays. We’re proud to make and serve genuine, delicious, creamy eggnog, and our famous eggnog ice cream. Come by and grab a holiday treat.