Blog / In The Community / The Oklahoma City Thunder and Braum’s: One Sweet Playoff Partnership 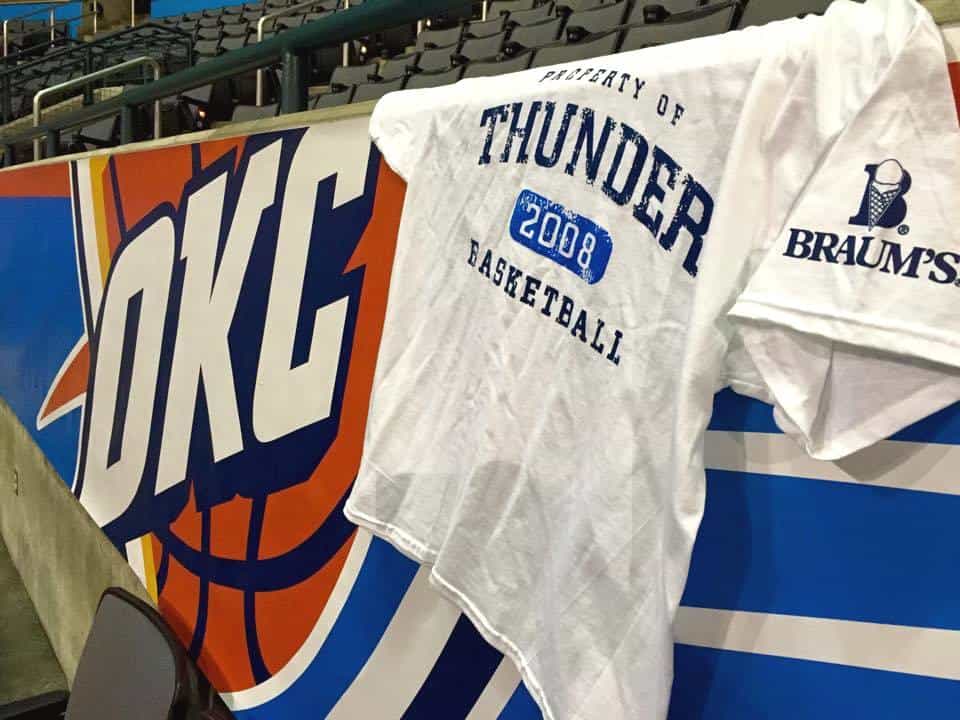 To say that the Oklahoma City Thunder and their fans are excited heading into game five against the Spurs in the second round of playoffs, well, that would be an understatement.

More than 18,000 fans packed Chesapeake Energy Arena to cheer on the Thunder last Sunday night, when the team evened the series against the San Antonio in game four, defeating the Spurs 111-97. To top it off, nearly all of those fans were wearing shirts sponsored by Braum’s.

Braum’s is a regular season sponsor, so when the Thunder makes it to the playoffs, they love to show their support.

“Sponsoring playoff shirts allows us to engage with the Thunder fans and our local community,” said Amanda Beuchaw, public relations director for Braum’s.

Braum’s has sponsored playoff shirts for three seasons and towels for one season. The Thunder staff creates the unique shirt designs, often with a memorable slogan. In 2014, the Braum’s shirt said “We are Oklahoma.”

“Since coming to OKC in 2008, the Thunder organization has really been a vital part of the community,” Beuchaw said. “They have helped bring Oklahomans together more than ever before, which in essence can be summed up as ‘We are Oklahoma.’ Braum’s is proud to call this great state our home and be a part of the Thunder family.”