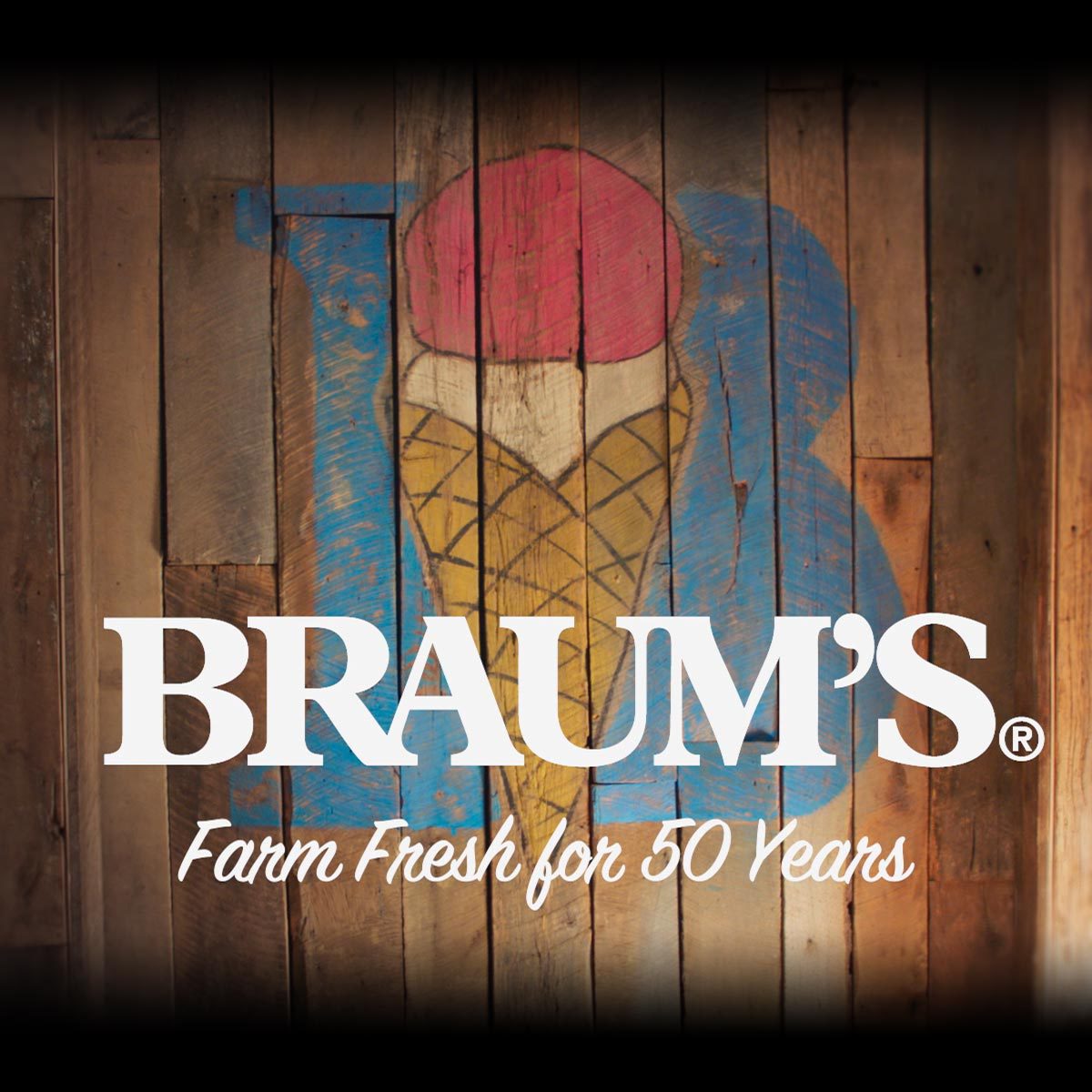 In the Midwest, a bright pink and blue neon ice cream cone usually only means one thing, a Braum’s Ice Cream and Dairy Store is on the horizon.

The family-owned and operated business first opened its doors in Oklahoma City in 1968.

“This is a momentous milestone that we could not have reached without our wonderful customers,” said Drew Braum, President and CEO. “We have enjoyed over five decades of growing with the communities that we are in, and we look forward to serving them for many decades to come.”

Although the Braum’s Ice Cream and Dairy Store name has only been around for 50 years, the groundwork began in 1933. It was that year that Henry H. Braum, Bill Braum’s father, bought a small butter processing plant located in their hometown of Emporia, Kansas. Later, milk processing was added.

Throughout his childhood, Bill Braum helped his father with the family business learning every aspect of the operation.

BRAUM’S HISTORY THROUGH THE DECADES:

Today, Braum’s owns and operates around 280 stores located throughout Oklahoma, Kansas, Texas, Missouri and Arkansas. All Braum’s stores are within about a 300-mile radius of the Braum Farm and Processing Plant in Tuttle. Our delivery trucks are on the road seven days a week delivering fresh product to each store, every other day.

Bill and Mary’s four children, Becky, Elaine, Murray and Drew have worked over the years in various capacities assuming more and more responsibilities.  Today, Drew is President and CEO.  He manages the company, including the processing plant, bakery, trucks and the stores.  Drew’s sister Elaine assists him.  Drew’s eldest son, Drew II, came to work for the company after serving in the Marines and doing a tour in Afghanistan. He currently runs the Tuttle Plant. Drew’s youngest son, Colton Braum, just started his first job with the company at 15-years-old. He serves ice cream at his neighborhood Braum’s just like his sister, Emma, and brother did when they were younger. A family business founded on strong work ethic.

Bill and Mary are now semi-retired, and live on the Tuttle Farm.

Throughout the years, Bill Braum has been known as a pioneer in “vertical integration”. From the ground up, Braum’s consistently controls every aspect of the operation including farming, manufacturing, and retailing.