About UsWhat is Butter Brickle Ice Cream? Everything You Want to Know About the Classic Flavor

Blog / Products / What is Butter Brickle Ice Cream? Everything You Want to Know About the Classic Flavor 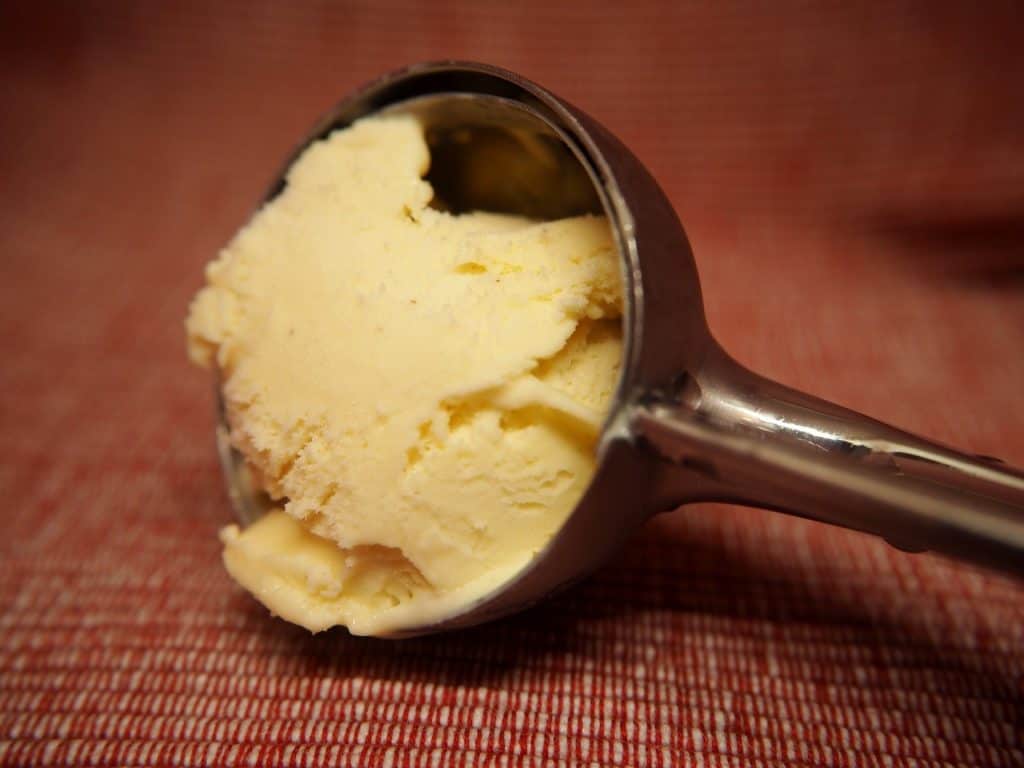 You know the standard ice cream flavors. There are the basics like chocolate and vanilla and elevated favorites like Rocky Road. While all flavors are deliciously unique, there’s one ice cream parlor fixture we love for its sweet nostalgia—Butter Brickle.

Butter Brickle is a true golden oldie. Younger generations may not be familiar with the classic flavor, but that doesn’t mean they have to miss out. We’re breaking down everything you want to know about this retro favorite.

The History of Butter Brickle

Before we had the ice cream, we had Butter Brickle candy. The Fenn Bros. Ice Cream and Candy Company in Sioux Falls, South Dakota was a manufacturer that doled out sweet treats as early as 1918. The brand is recognized for the invention of Butter Brickle candy and ice cream flavoring.

Though the Fenn Bros. are credited with inventing Butter Brickle, it originated in Omaha, Nebraska. Omaha’s Blackstone Hotel is thought to be where the ice cream was debuted to the public in the 1920s.

Traditional Butter Brickle is made of small, crunchy pieces of golden-browned toffee. It’s buttery and sweet tasting. If you’re a fan of Heath bars, which are made of toffee covered in a silky chocolate layer, you may love Butter Brickle too!

Where Can I Buy Butter Brickle Ice Cream?

Are you a Butter Brickle fanatic craving nostalgia or even a total newbie to the flavor? You’re in luck. Braum’s churns out its version of the beautiful flavor on a regular basis. Braum’s Premium Butter Brickle Ice Cream features delightfully buttery toffee pieces and smooth vanilla flavoring.

Be sure to look for it in the Braum’s Fresh Market!

If you grab a pint of Braum’s Butter Brickle, take along a few extra fixings to elevate the classic. We suggest putting a scoop or two in a bowl. Drizzle it with warm fudge topping and sprinkle with crushed toffee or Heath bars. Finish with a generous dollop of whipped cream and top with a cherry!